International Oromo Cultural Institute (IOCI) is a nonprofit Organization governed by Section 501 (c) (3) of the USA IRS code and a tax exempt, service giving humanitarian organization, aimed at building solidarity and friendship with the American and other communities through various activities of common interest, especially in the areas of vocational training, social and cultural activities, and capacity building and leadership development training with the following purposes;

The Oromo Cultural Institution aim to collect, preserve, explore, present and promotes the cultural and historical heritage of Oromo People in Ethiopia and to offer their services to all and regardless of age, race, religion, ethnicity, national origin, gender, disability. Indeed, not only their collections, but also their history and buildings, are a cultural asset that are enriching local communities. Understanding how crucial their work is to society and cultural sustainability as well as how the unique value to Oromia Regional State in Ethiopia.​ 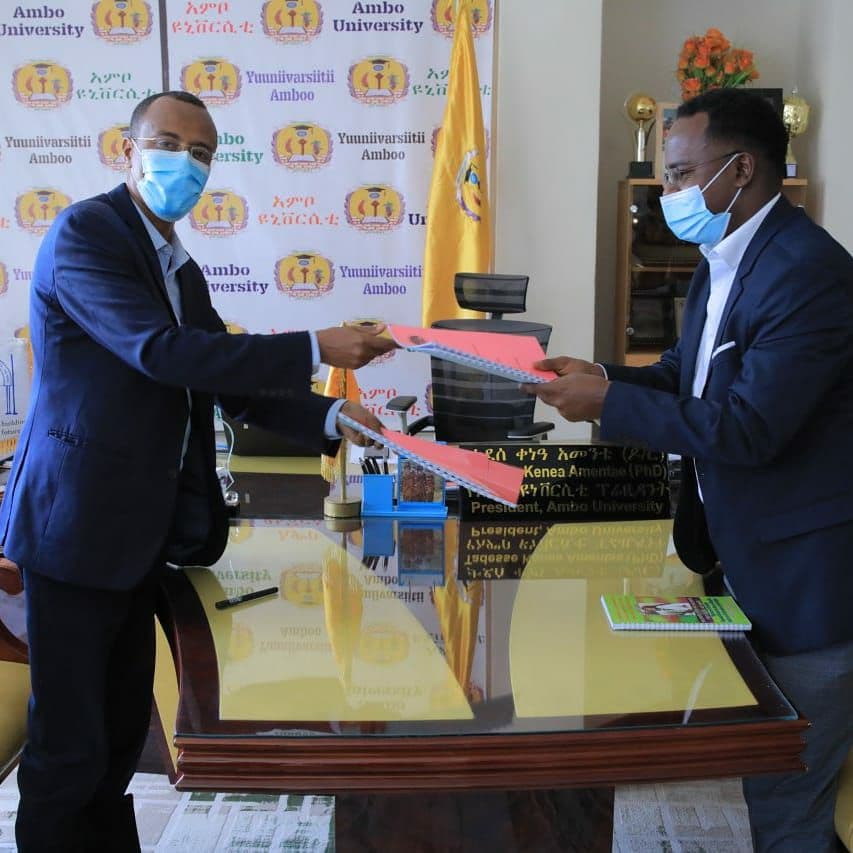 International Oromo Cultural Institute which works on the development of cultural sign MOU with Laureate Tsegaye G/madin Research and Cultural Center of Ambo University. The signed MOU is to develop the Art, Music and Culture of Oromo.

The present hypothesis, however, points out that the Oromo as one of the Cushitic peoples originally lived on the current Ethiopian highlands (Feyisa Demie, 1998:155). The Cushitic people settled on the central Ethiopian plateau as early as 5000 B C (Ehert,1976 cited in Feyisa), and were differentiated into subgroups. Within a book written by OCTB (2006/1998), the writers stressed that “The origin of Oromo population has from the eastern Cushitic branch. The Oromo population as members of the Cushitic family had started to live in North eastern parts of Africa from3500 B.C to 2000 B.C. with its own culture and Language.” The giant historian, in volume-1 of JOS, Mohammed Hassan (1994) aver as “The Oromo who constitute probably a good half of the population of Ethiopia are the single largest national group in the Horn of Africa. Hassan gave a brief description of the societies territory and the size of its language as follow:

They are also one of the major African peoples. The Oromo call their country Oromia; Oromia is slowly but surely being recognized as one of the major African nations. The Oromo belong to the Cushitic language-speaking family of peoples, who are known to have lived for thousands of years in what is today Ethiopia. It has been said and rightly that the Oromo are one of the most indigenous peoples of Ethiopia. Of the forty or so Cushitic languages spoken in the Horn of Africa and beyond, Afaan Oromo, the Oromo language is spoken by the largest number of people, being the mother tongue of around twenty-five million Oromo and used by a further one to two million non-Oromo as a second language. With over twenty-six million speakers, Afaan Oromoo is one of the major languages in Africa. In fact, of the 1,652 indigenous languages in Africa, Afaan Oromoo ” is the second most widely spread indigenous language in Africa. Only Hausa in Nigeria has a larger number of speakers.’ Afaan Oromoo is also the third Afro-Asiatic language in the world after Arabic and Hausa Probably a third to a half of all the Cushitic language speakers are Oromo or speak Afaan Oromoo.

Oromo people has had a Dynamic Wisdom. The Religion and philosophy of the Oromo originated from that of the ancient Cushite or Egyptian ancestors. In their published book entitled ” History of the Oromo to the sixteenth Centaury”, OCTB (2006/1998), described, “Both written sources and Oral traditions indicate that ancient Cushitic worship in ‘Osiris’ that was supposed to be sole and supreme god. Hence, they have a monotheistic religion. Oromo religion is similar to that of the Cushites or ancient Egyptians and it emanated from this prior religion theory (Knutsson, cited in OCTB). They also put as Knutson witnessed the monotheists of Oromo wisdom. Continuing, Knutson define “Waaqa” as Oromo people accepted; and is the creator of all things. He has a Power to do and undo everything”.

In terms of Socio-politics, the Gada system is at the foci of the Oromo people. Every aspect of the people had been determined by this traditional, social and political institution. The traditional Gadaa government, Said Asafa Jalata, developed by the Oromos organizes and orders society around political, economic, social, cultural, and religious institutions.

According to Asmarom Legesse’s definition (1973:8), “The gada system is a system of classes (luba) that succeed each other every eight years in assuming military, economic, political and ritual responsibilities .

Each gada class remains in power during a specific term (gada) which begins and ends with a formal power transfer ceremony” (Herbert S Lewis,1994 ). Lewis brief the definition as “…a group of men, ideally of about the same age who are initiated together, pass through a series of grades, and when their time comes they take over the governing of their people for an eight year period. They elect officers among themselves, and administer the people, but they must also satisfy and convince the assembly of the whole people to whom they are ultimately responsible”. The value system of Oromo society has been influenced by the “Gadaa” and “Siiqqee” institutions.

But, the Oromo people passed through different types of colonial experience under the Ethiopian ruling class. Mohammed Hassen, in a JOS (1999) discussed an Oromo colonial experience by dividing into different stages. Hassen asserted that, first, it is not easy to present the Oromo colonial experience from the 1870s to I990s in an article of appropriate length for a single journal volume. After the conquests, the Oromo institutions of self-government (including the Chafee assembly or parliament) were abolished. The indigenous leadership was liquidated or co-opted, the land confiscated, and cultural institutions destroyed. The conquerors banned religious pilgrimages to the land of “Abbaa Muudaa” and looted the property of both the settled and the pastoral communities (Mohammed Hassen).